Popularly known as Amateur Radio, ham broadcasting is a hobby that brings people, electronics, and communication together. But don’t be fooled by the term amateur. Some hobbyists have been running ham radio stations for along time, making them experts in this field. Most of them live in countries that allow private broadcasters to use a specific set of bands and frequency allocations to run their operations, with specifics varying slightly depending on the country. Here are some of the popular frequency allocations available to ham radio enthusiasts. 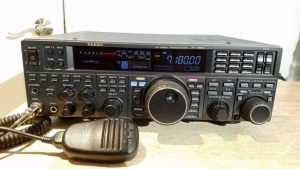 Some countries do not allow Ham radios to use the top band due to its long-distance coverage. And those that do try to limit it in some way. During the day, transmissions can reach 50 miles or more depending on the transmitter and antenna power. At night, when the ionosphere disappears, the band can go even further, allowing it’s users to communicate with stations hundreds of miles away. People have done transatlantic radio communication between North America and Europe with this band.

This radio frequency is the second-best allocation on the HF spectrum. However, it can get quite noisy, especially at night, as it is the most shared allocation. Stations on this band can communicate over several hundred miles during the day. At night, this frequency can connect to stations over 1,000 miles away. Even so, it is notorious for having a high level of static interference.

The 40-meter band has rather interesting qualities. It is capable of enabling decent short-distance communication during the day and worldwide coverage at night. However, the signal quality drops significantly as the distance increases. You can think of band 40 as the entry-level to ham radio as it offers a perfect mix of performance and value for money.