Internet radio is perhaps the most significant development voice media has ever seen. Forget about the tape, CD, and iPod, they never really made an impact on the industry as digital radio has. You can think of it as terrestrial radio on steroids, no more shaky reception, or having to deal with an endless stream of annoying ads. 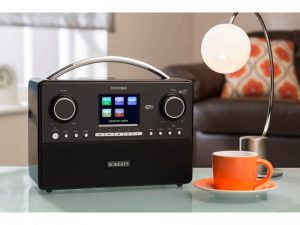 Advertisers have not quite made the switch to internet radio ads. Some of them say their target demographic is still in the FM zone, and advertising on internet radio would be a waste of time and resources. That leaves it with fewer ads, which is something most listeners appreciate. However, that is not going to last. Internet radio ads are cheaper compared to terrestrial ads. So, marketers will eventually come around when the time is right.

You have to be relatively close to a terrestrial station to get a good signal, but that’s not the case with internet radio. All you need is a good internet connection, and you’ll be good to go. That gives internet radio a worldwide audience, which may interest a section of advertisers and put off some. That said, it’s also worth noting that many terrestrial radio stations are embracing internet radio. They have set up internet stations as the first step towards going global – a move that has been well-received by the younger generation.