Radio’s impact on pop culture is so clear. Several music genres owe their very existence to the radio industry. Even politics and fashion have benefited immensely from voice media. In fact, some say radio is the perfect replacement for newspapers as it adds the human touch to entertainment, news, and how people get access to information. 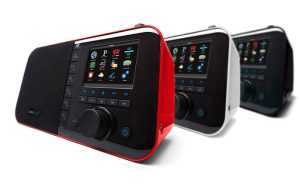 Long before radio became a thing, people used to distribute music using piano sheets and word of mouth. That means only a handful of songs could reach countrywide coverage. And that hurt the entire music industry pretty bad. Then radio entered the scene. As with any new technologies, the receivers were ridiculously expansive at first. But that changed with time, giving musicians more coverage in a shorter time. That’s how country music and rock found their way to popularity.

Newspapers were once used to start trends in society. But they are limited to only a few people with the time and patience to read through them. Radio, on the other hand, is more accessible than newspapers. People can passively listen to it while doing other activities. For this reason alone, radio reaches more people in a shorter time than publications ever will. Advertisers saw this potential and started selling their ideas and products to the general public through radio ads and endorsements. And some of them turned out to be profitable trends.

Even as newer forms of entertainment flood the market, radio remains relevant to this day. People still tune in to their favourite radio shows while driving to and from work, or when hanging out. Stations have even started testing internet radio alongside their terrestrial stations to keep the younger folk interested. And that assures the radio industry of a bigger and brighter future.